As the city of history and architecture, Isfahan with many unique attractions from different periods of Iran's history can be counted on as one of the most unique places in the world. Valuable historical attractions left from different periods of Isfahan's history attract every visitor. The mystery of the eternal glory of Isfahan's culture and civilization should be sought in the historical background and the creation of amazing historical monuments and urban planning, each of which shines like a lantern in the history of this region. Moreover, their maintenance could be attributed to the favorable historical, climatic and cultural situation of the vast region of Isfahan province, which is located in the center of the city. Isfahan province is bordered by Markazi, Qom and Semnan provinces from the north, Fars, Kohgiluyeh and Boyer-Ahmad provinces from the south, Yazd and Khorasan provinces from the east and Lorestan and Chaharmahal and Bakhtiari provinces from the west. Imam Square of Isfahan (Naghsh Jahan), Imam Mosque, Sheikh Lotfollah Mosque, Ali Qapo Mansion and Isfahan Jame Mosque are the best-known places in Isfahan.

Isfahan province with an area of 107045 square kilometers (equivalent to 57.6% of the country) in the central part of Iran is located in a fertile plain; it can be said that most of its cities and villages are the result of the Zayandehrud River.

In Isfahan province, 178 majors related to handicraft production have been registered, and more than 60 majors are being produced and presented to the market (the first place in the country). Handicrafts of Isfahan province include inlay making, enameling, fileting, crocheting, gilding, embroidery, tapestry, felting, leather embroidery, silver making, engraving, ceramic tiles, carpet weaving, etc.

Chahar Bagh School, which is also called Madar-i Shah School, is one of the unique attractions of the Safavid period located in Isfahan province. This school was built during the reign of Shah Sultan Hussein, one of the kings of the Safavid dynasty.

Isfahan Imam Mosque, which is located on the south side of Naqsh-e Jahan Square in front of Qeysarie Bazaar, is one of the most beautiful and significant attractions of Isfahan province.

Khaju Bridge, one of the most beautiful historical monuments in Iran during Safavid dynasty, was built over Zayandehrud River in Isfahan by the decree of Shah Abbas II. 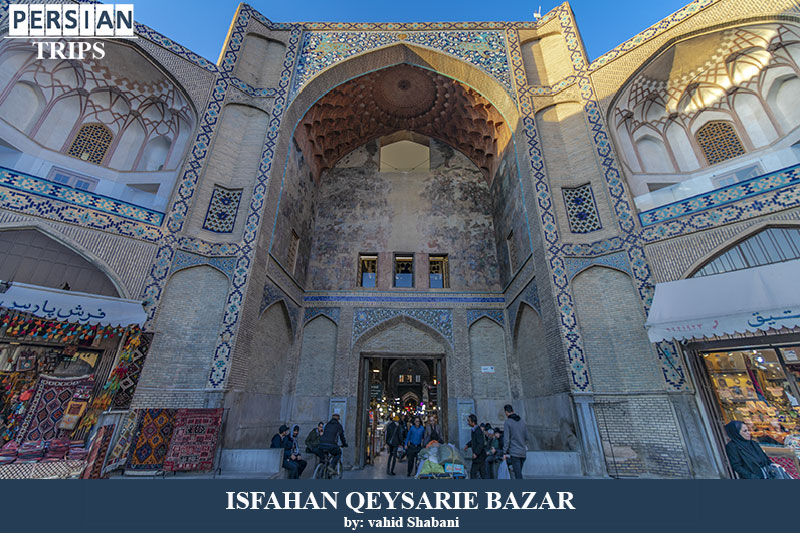 Isfahan Qeysarie Bazaar is one of the most important urban spaces in Isfahan, which is located on the north side of Naqsh-e Jahan Square. 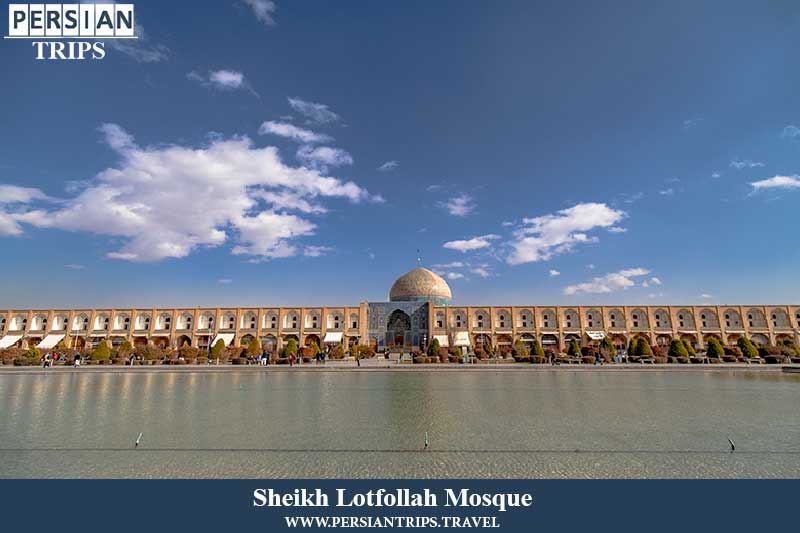 Sheikh Lotfollah Mosque, which is located on the eastern side of Naqsh-e Jahan Square in front of Aali Qapo Palace, is one of the most beautiful and unique attractions in Isfahan province. 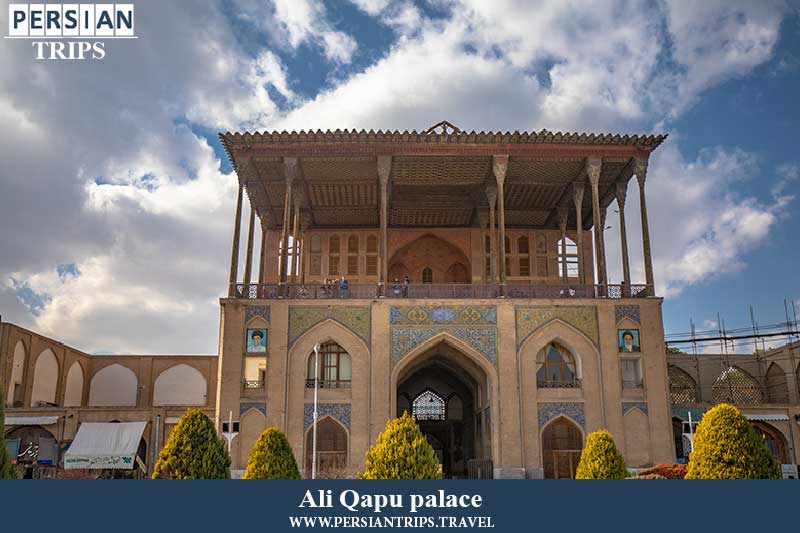 Isfahan Aali Qapu palace is located on the western side of Naqsh-e Jahan Square or Imam Square of Isfahan. Aali Qapu Palace is currently a six-story building with a height of 36 meters, considering the ground floor as the first floor.